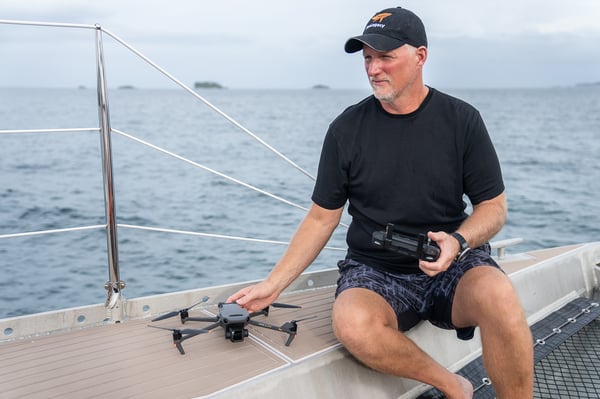 As a profession, wildlife photography is one in which the work reaches far beyond the camera frame. For the audience, it demonstrates the raw beauty of nature that few will ever witness firsthand. For the artist, it combines a reverence for nature and the mission to protect it. Today, there is perhaps no one who embodies these principles better than Paul Nicklen.

Paul Nicklen is a nature photographer, marine biologist, and conservation activist who uses the visual medium to connect with the world and inspire action. He has spent decades up close with animals, capturing raw moments in extreme environments. He has also embraced aerial photography to tell stories of the wild from an entirely new perspective. Nicklen shares with us his recent experience with DJI Mavic 3 Cine and the role that drones have in his artistic and conservationist passions.

How did you arrive at your career in wildlife photography?

I fell in love with the polar regions while growing up among the Inuit of Canada's Arctic – an experience that spurred my interest in conservation and inspired me to attend university, where I became a biologist. I was grateful for the opportunity to work on charismatic megafauna such as lynx, wolves, and polar bears out of the gate, but after collecting data for four years, it became clear that beautiful visual storytelling was a better vehicle for effecting change. I altered course and poured my heart into photography for five years before landing my first assignment with National Geographic, where I was fortunate to spend two decades reaching tens of millions of people with my images. Over the last five years, my partner, Cristina Mittermeier, and I founded and worked to grow SeaLegacy, our conservation nonprofit. Currently, our goal is to drive a global movement in support of the world's ailing oceans before the time to save them runs out.

How can wildlife photography affect an audience?

The wonderful thing about photography is that it provides an easy entry point for important conversations on conservation issues. By harnessing its power everywhere possible (on social media, my website, and Only One, for example), we can entice new people into the discussion. I have discovered a "jab, jab, punch" approach works best (to borrow a boxing analogy). The first jab is a beautiful moment capable of capturing hearts. The second jab is an interesting, relatable fact that sparks the imagination. The punch is an invitation to join in the effort to solve an important issue. I always strive to maintain scientific integrity and refrain from indulging in sensationalism and exaggeration because earning my audience's trust and respect is essential. I want them to stick with me because this journey is impossible unless we take it together. 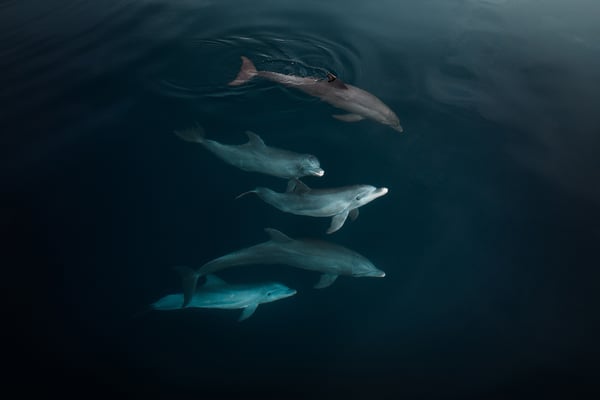 How does aerial photography help you to create?

Aviation has been a lifelong obsession. I bought my own airplane while working for National Geographic to photograph narwhals and other Arctic wildlife from the skies. It was always a challenge – I could never fly low enough, my craft had to maintain a certain speed, and the conditions had to be ideal. Hovering was never an option either. More than any other tool in my craft, drones changed how I saw, how I planned, and ultimately, how I filmed and photographed overnight. They allowed cheap location scouting, hovered in place while shooting, and didn't bother the animals as much. I remember one occasion several years ago when I was scouting for beluga whales in the Arctic. We had excitedly pulled into a bay after seeing a handful of them rolling across the surface when our Phantom 3 revealed an even greater surprise: a massive pod of five or six hundred belugas in all directions gathered just below the ocean's surface. It was one of the most beautiful moments I had ever experienced, and we might have sailed past unawares had we not had a drone onboard.

Where does your creative vision and passion come from, and how does it influence your work?

I've always been wildly curious about nature, wildlife, and all the different ecosystems that make up our planet. When I arrive at a place, viewing it from the highest possible vantage point is a priority, whether that means climbing a mountain, renting a helicopter, or boarding an airplane. The view of our Earth from above inspires me, and these days, I can access it simply by cracking open a little suitcase and releasing my drone into the sky. 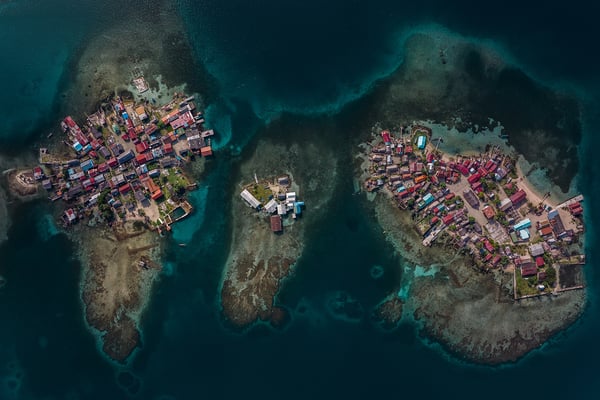 What is the difference between shooting from the sky and on the ground?

When I capture the world at eye level, I am not really surprising anybody – they already know what a polar bear or a penguin looks like from that perspective. Shooting from the sky allows me to see the world in an unexpected way. It allows me to capture shapes, colors, patterns, and perspectives that my audience, that any of us, might otherwise never get to see.

What is your impression of Mavic 3?

I was wildly impressed with Mavic 2, but Mavic 3 represents the greatest leaps and bounds that I've seen in drone technology since the very beginning. The controls, the flight performance, the clarity of the picture, the quality of the footage, the quality of the stills, and the ability to work against the wind are all excellent. It really is the most refined drone today by far, all in an incredibly small package. 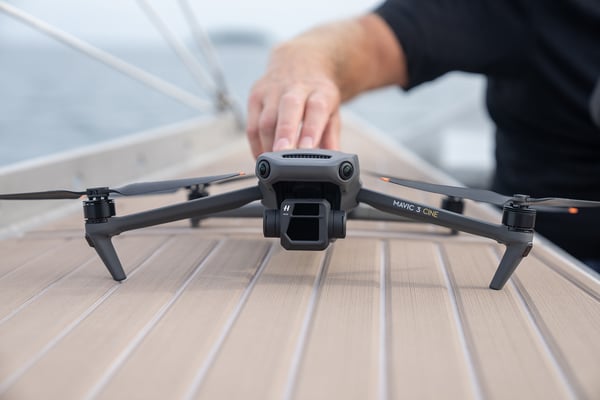 What are the advantages of the 4/3 CMOS Hasselblad camera?

As a visual storyteller, the one thing that drives me crazy is when I know an image will soon feel dated because the technology I captured it with is still improving. The adjustable aperture, high dynamic range, glass quality, and big sensor are all signs this drone has evolved to such a degree that the visuals we are capturing will be relevant for a very long time.

Did Mavic 3 help you overcome any challenges?

Our tools must function well in the challenging situations we encounter on the front lines of conservation. For example, there are frequently opportunities to capture incredible footage while the SeaLegacy 1 is sailing along at ten knots with strong crosswinds. Stopping the boat isn't an option, so we rely on Mavic 3's ability to track our moving vessel while filming, then return and land safely after a 4 km flight over the open ocean. 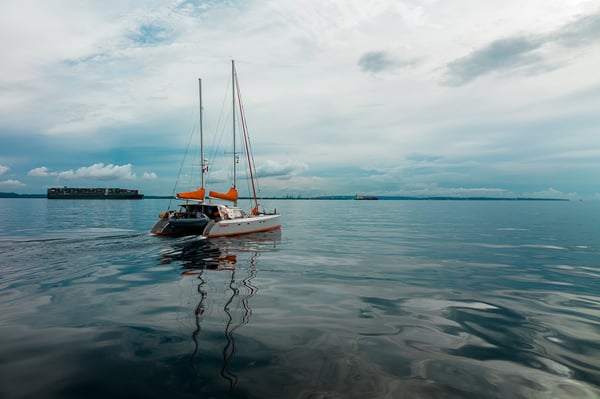 What is your favorite feature of Mavic 3 Cine?

I love the big, bright, beautiful display of DJI RC Pro, especially after squinting at a phone screen for years. I also love how the drone performs during flight, particularly the reliability of the sensors when approaching obstructions, which inspires confidence in hazardous conditions. Not least of all, I love knowing that I am capturing the highest quality images possible.

What were your most satisfying images, and how did you create them?

A pod of dolphins approached our boat as we were pulling into Anchorage a few nights ago. They circled us only briefly before becoming disinterested and heading back into open waters, so we sent Mavic 3 after them, hoping for a stealthy flyover. To observe the natural behavior of the pod as they maintained course, totally undisturbed by our presence except for an occasional glance skyward, was a filmmaker's dream.