Every year, thousands of filmmakers, actors, and fans gather at the southern French coast for the prestigious Cannes Film Festival. Under the glare of the world’s media, they crowded the streets, restaurants, and screening halls to celebrate cinema and find the next huge hits. And while they may have fretted over securing tickets, interviews, and deals, they did not have to worry about unsolicited intrusions from aerial cameras. A drone monitoring system called AeroScope, made by DJI, was used by police officers to watch for drones in the area’s no-fly zone long before they could fly close to attendants and pose a safety risk.

For DJI, the Cannes film festival is just one more world event where we’re proud to have AeroScope monitoring for DJI drones in closed airspace. From temporary events like festivals, government events, and major sporting events, to fixed sites like airports, prisons, and nuclear power plants, AeroScope is a simple, robust technical solution to provide immediate information about DJI drones in the area – from their flight paths to their pilot locations to their serial numbers.

DJI first proposed, developed, and deployed AeroScope in 2017, when regulators and law enforcement began looking for a technical solution to identify airborne drones in certain areas. In March of that year, DJI published a white paper outlining how a system using existing technology could allow drones to fly safely in busy skies, giving authorities a way to monitor drone traffic while protecting the privacy of drone operators. Seven months later, DJI demonstrated a working version of AeroScope at an event in Washington, D.C., showing that the system performed well in practice. By the end of 2017, AeroScope units were already in operation at airports and other locations – providing real-world accountability for DJI drones years before regulators settled on their own standard.

Today, governments are implementing their own mandatory Remote ID systems for drones. That makes this a good time for us to revisit how AeroScope works and what it does – and just as importantly, what it doesn’t do. We want to knock down some recent myths about how AeroScope functions and the data it provides, but we also want the drone community to understand that questions about drone pilots’ flight data will become even more relevant as mandatory Remote ID takes effect. 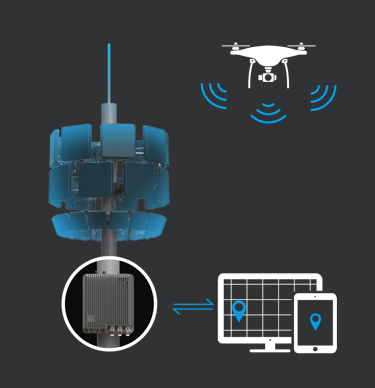 At its core, any Remote ID system tries to answer a basic question people have about drones – what’s that drone doing? The overwhelming majority of drone pilots fly safely and responsibly, often enjoying an aerial perspective on the world or doing important work such as inspecting bridges and surveying construction sites. But when a drone flies in a sensitive location, or when people are concerned enough about a drone to call the police, authorities want to know basic information about it – its flight path, the location of its pilot, and identifying information like a serial number or registration number.

DJI developed AeroScope to answer those questions, with a simple technical solution for Remote ID designed to work in almost any situation. Every DJI drone continuously transmits a radio signal encoded with basic information, including the drone’s location, altitude, speed, and direction; the location where the drone launched from and the location of the drone pilot; and the drone’s serial number. That signal can be picked up by an AeroScope receiver, like the one French authorities used in Cannes; when it receives an AeroScope signal, it displays the drone’s flight path and other information in a simple interface on a computer screen. Every DJI drone automatically transmits AeroScope information; there is no way for a drone user to turn the signal off because that would defeat AeroScope’s purpose of promoting accountable and responsible drone use.

The AeroScope signal is parallel to, but distinct from, the signal that transmits flight information and video back to the drone’s remote controller. Unlike almost all other DJI drone data, the AeroScope signal is unencrypted by design, since it is meant to be easily processed by a receiver that may not be nearby. And while it is not encrypted, it is protected by a proprietary signal protocol that is not easily understood. DJI had hoped other drone manufacturers would join the protocol with their own drones, creating a single standard for the industry to track airborne drones.

Airspace is a public resource for everyone, and just like any public space, it should be open to a broad range of uses – for work and for fun. There were no rules or standards in place for drone Remote ID when DJI developed AeroScope, but we believed the world needed a voluntary system right away, and we thought carefully about what information it should include and who should have access to it. As time has gone on, we are glad to have struck a fair balance between the rights of drone pilots to fly, and the legitimate interests of security officials who need to protect the public by monitoring the airspace – and by showing that drone traffic can be managed safely. 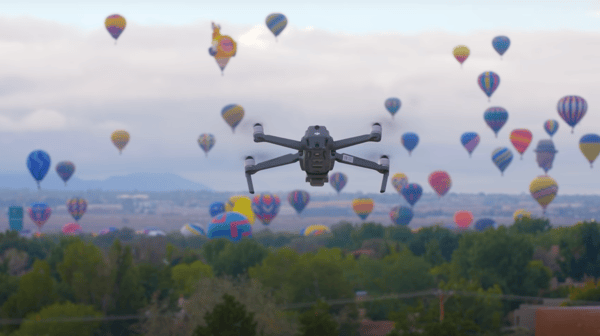 AeroScope is an elegant system that solves a complex problem with a simple solution. We have heard countless stories from our customers of AeroScope units helping to interdict drones flying too close to airport runways, major sporting events, prisons, and other sensitive locations. (This story and video, for example, explain how AeroScope helped protect a festival with more than 500 hot air balloons.)

For the law enforcement professionals who need to be able to identify airborne drones, a key feature of AeroScope is its real-time display of the pilot’s location, which is required by new American and European regulations. That allows them to immediately dispatch personnel to find that person and investigate further, to determine whether it was an authorized flight, an inadvertent mistake, or a potential threat. The pilot's location is built into the AeroScope signal and cannot be turned off.

Recently, AeroScope has become a subject of controversy in the war in Ukraine, with an array of claims based on speculation about how AeroScope works and how its information can be used in wartime. Both Russian and Ukrainian entities have used DJI drones in combat, which DJI has always opposed. We deplore any use of our products to cause harm anywhere in the world, and we have temporarily suspended all business operations in Russia and Ukraine as we reassess our compliance requirements there.

While news reports and social media posts have made clear that both sides are unfortunately using DJI drones in combat – contrary to our strong belief that our products should not be deployed in combat scenarios – we are unaware of any verified reports of AeroScope being used to identify the location of soldiers from either side. We want to be clear:

Using drones in active warfare is an extreme case – one DJI did not contemplate when we developed AeroScope. But other drone pilots, flying lawful but sensitive missions such as filming movies or scouting real estate, may also not want their flight data freely available. Even people flying drones for fun may have reason to be wary; some drone pilots have been confronted and assaulted by people who don’t want a drone flying near them. That’s why we designed AeroScope with privacy built into it: The signal is only available to receivers within the radio range of a drone. The flight data is captured locally, not as part of an internet-based network. And only authorized operators can obtain AeroScope units. AeroScope serves an important function for enforcement, but DJI has always kept the interests of pilots in mind, too. 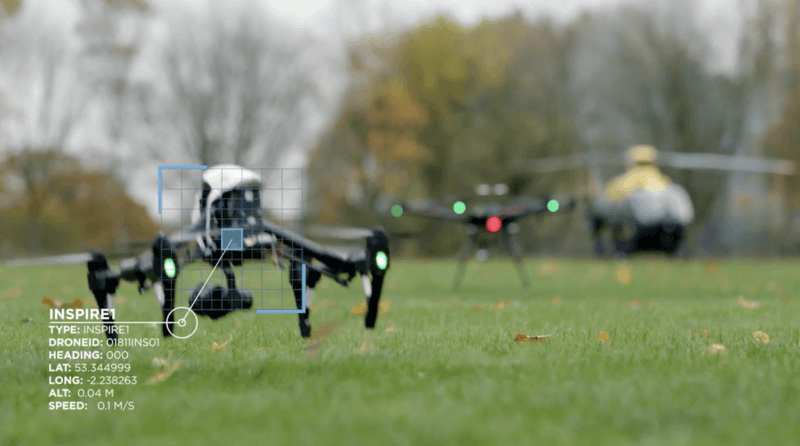 The Questions That Won’t Go Away

AeroScope has done a remarkable job of keeping skies safe in the past five years, even as the number of drones in the sky has grown phenomenally. But it is a voluntary system that works only for one manufacturer, and governments are finally stepping in with their own mandatory Remote ID requirements for all drones. That means there will be new approaches to what kind of data about drone pilots is available, and who can access it.

In the United States, the Federal Aviation Administration (FAA) will require drones to transmit Remote ID information that can be read by a commonly used handheld device – such as a smartphone. There are no restrictions on who could use that data: Anyone who wonders what a drone is doing near them will be able to open an app on their phone and see the drone’s flight data – including where the pilot is standing. That means that as Remote ID is phased starting in September, drone pilots will have their flight paths and locations visible to anyone. The FAA has considered and rejected objections to this rule, and drone pilots must prepare themselves for any consequences.

Of course, DJI will comply with this and all other legal requirements for Remote ID signals, in the U.S., Europe, Japan, China, and all other countries with rules in place. We assume other manufacturers will, too.

As full-fledged Remote ID systems take effect in the months and years ahead, they may one day prove to be more robust than AeroScope units for protecting people and events from malicious drone use. For now, DJI is proud to supply a key tool that puts our principles into action by promoting safe, accountable, responsible, and accessible drone use while helping keep the skies safe around the world.