German actor Hannes Jaenicke has been committed to environmental causes for decades. Since 2006, he has produced successful and award-winning documentaries dedicated to highlighting the risks to endangered or mistreated species like sharks, dolphins, salmon, elephants, wolves, and birds. Drones have become essential tools for the stories he wants to tell as they provide him with footage he could not obtain with other means. In this interview, Hannes Jaenicke shares how he uses drone technology in some of his projects to draw attention to the threats that animals are facing. 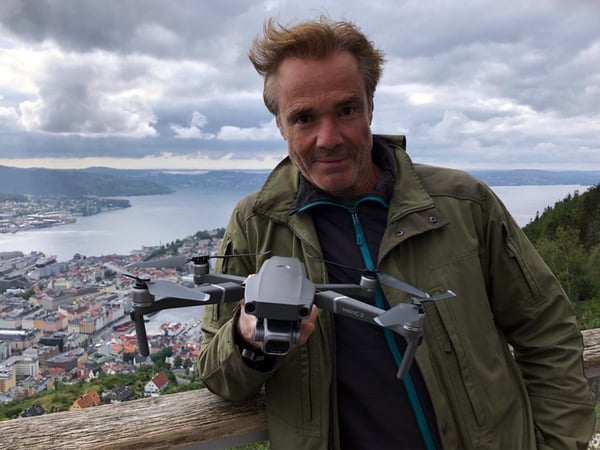 In 2006, we made our first film, featuring the destruction of the rainforest and the extinction of Orangutans in Borneo. Drone technology did not exist at the time, and we had to hire a helicopter. We had to tie our cameraman, Markus Strobel, onto the door to get the shot. It was a dangerous setup that cost $2500 per hour in a project we financed ourselves. For the price of that chopper, we could buy two or three drones today.

In addition, we sometimes shoot things for which we cannot secure permits for various reasons, such as when third parties want to hide what they are doing. However, these are exactly the things we want to show. This includes how salmon farms are run and the disastrous consequences for the marine environment. The salmon farmers don't want anyone to see under what awful conditions the salmon are bred, but we can use drones in a clandestine way to reveal it while the workers on the salmon farms don't even notice that a drone is flying above and filming them.

From "Hannes Jaenicke in Action for Salmon." Photo by Tango Film

In connection with "Hannes Jaenicke im Einsatz für den Lachs" ("Hannes Jaenicke in Action for Salmon") – you took drone footage showing healthy, very sick, and dead salmon floating together in a crowded pool. Why did you not use these pictures in the documentary broadcast on the public service broadcaster, ZDF?

It's been 15 years since we started our series, and ZDF has funded us for a long time because they liked our concept and mission of showing environmental challenges. However, as a public service broadcaster, ZDF cannot use any material filmed without permits unless the location is unrecognizable. If we had filmed the farms in a way that no one could figure out where they were located, we could have aired the footage.

You received death threats in connection with that documentary episode. Can you tell us about this?

Those came from encrypted IP addresses, and we also got several injunctions aimed at preventing the broadcast of this film, but we stuck to our mission. We scientifically proved that salmon farming is toxic as a food source and causes catastrophic environmental destruction, and that's exactly what the Norwegian salmon industry doesn't want to see in the media. They may have thought, "Let's scare Mr. Jaenicke a bit," but I honestly don't take that too seriously.

On a more positive note, "Hannes Jaenicke in Action For Dolphins" shows animals in their natural environment. You used drones to show them from an aerial perspective, and you were accompanied by a scientist who had a real "Wow" moment when she looked at the footage.

We didn't know how curious these dolphins were. We had a drone pilot who had the courage to fly two feet above the water. The dolphins stuck their heads out and checked out our drone. The footage was amazing. You could see very quickly which ones were brave, which ones were cheeky, and which ones were scared. The males in particular found the drone incredibly exciting. We were also able to show the formations in which they swim.

As a diver, you can only guess, but you can see it much better and more clearly from the air. For this, of course, the drone was a gift from heaven. 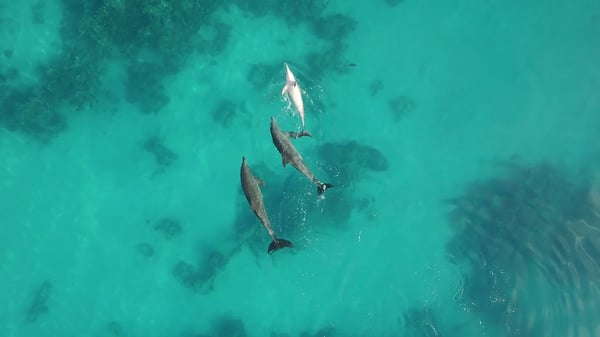 From "Hannes Jaenicke in Action for Dolphins." Photo by Tango Film

You also showed how the animals interact with each other.

There were things we only discovered by using drones. These dolphins were acting a bit like a very social hippie community. We could not have done this with helicopters since they make a lot of noise and the rotors stir up the water's surface. Helicopters simply scare away every animal. These incredibly clear shots could only have been made by drones that operate much more discreetly. 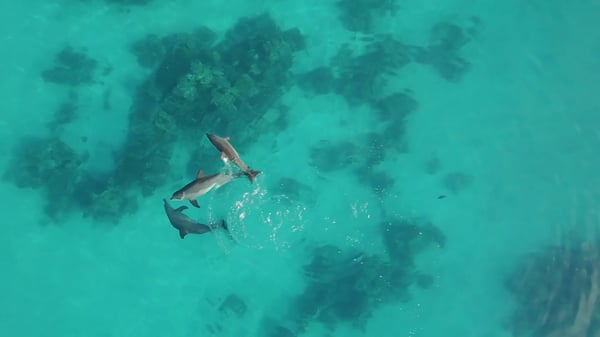 How do people react to your films?

There are people who think what we are doing is great and people who are vehemently against it for very obvious reasons. But overall, the reception has been absolutely amazing. It's mind-blowing what effect a small German documentary budgeted in the low six figures can have, and drone technology helps enormously because it is affordable, unobtrusive, and efficient. 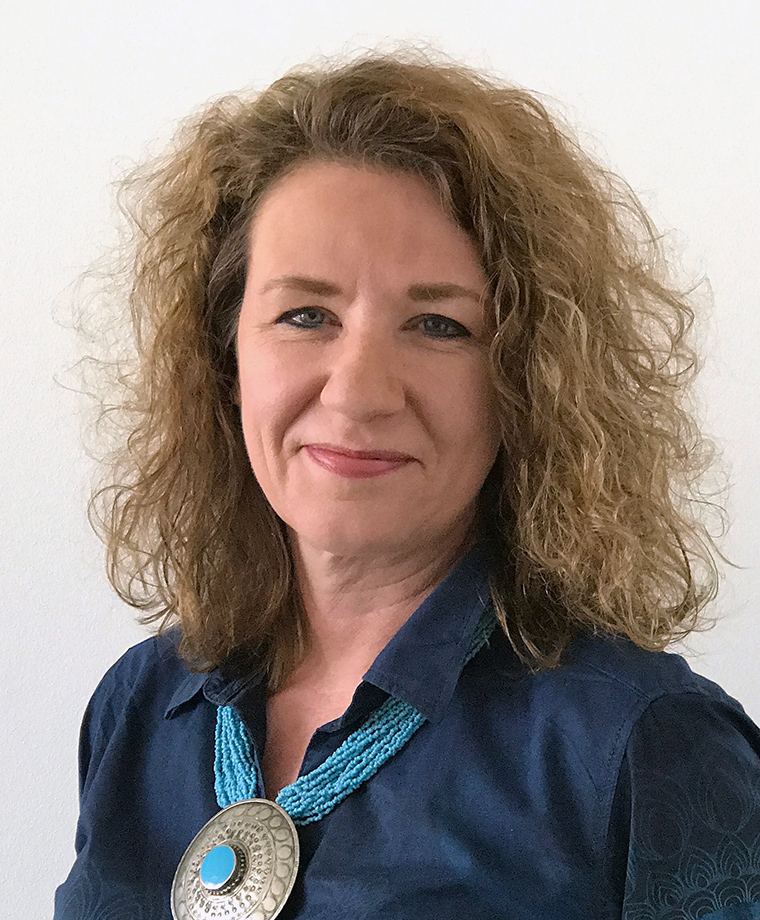